Mint.com did a visual survey of 80 occupations in the US. CEOs earn only 2.2 times that of Computer Programmers on an average. Here are the stats: 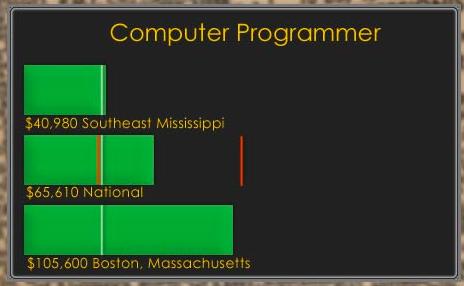 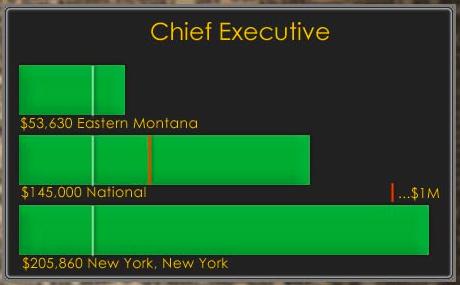 You can see visual survey with all other occupations here.